The debate over physician-assisted suicide

One of the most polarizing topics today concerning death and dying is the subject of physician-assisted suicide. Many people have strong opinions on 1) whether they would consider it for themselves and 2) whether their state's law should allow anyone to have that option.
I have a strong opinion as well. I believe very strongly that everyone should consider their options for end-of-life care and, as well as they are able, make and communicate their choices. As important, I believe that before you decide where you stand on the use of physician-assisted suicide--or any other option for care at the end of life--you should have an accurate understanding of what it really means. Here is an excerpt from Chapter Five of my most recent book, the 2015 Edition - The practical guide to Health Care Advance Directives:

Physician-assisted suicide is a doctor legally facilitating death by providing the means or information to enable someone to commit suicide, typically by authorizing a prescription for a lethal dose of medication.[i] Oregon (1997), Washington (2008) and Vermont (2013) have passed state laws legalizing physician-assisted suicide, and Montana (2009) has declared it legal by court decision.[ii] As of this writing, the appeal of a court ruling that struck down the New Mexico ban on physician-assisted suicide is pending in the New Mexico Court of Appeals.[iii] In 1997, the U.S. Supreme Court held in twin cases that a state’s prohibition of assisted suicide is not a violation of the Equal Protection Clause; that the distinction between letting a patient die and making that patient die is important, logical, rational and well established; and that there is no right to commit suicide.[iv] Not coincidentally, while the conjoined Vacco and Glucksberg cases were pending in front of the U.S. Supreme Court, President Clinton signed the Assisted Suicide Funding Restriction Act of 1997 into law. The Act prohibits the use of federal funds to pay for assisted suicide or euthanasia. This ban extends to Medicaid, Medicare, military and veterans’ health care and any other federally-funded health care services.[v]
The Oregon, Washington and Vermont statutes are virtually identical. The person must be at least 18 years of age, he must be certified by two physicians to be competent and to have a terminal diagnosis of six months or less to live, he must self-administer the drug and he must be a resident of the state. The physician writes a prescription to be dispensed by a pharmacy. In Oregon, prescriptions have been written for 1,173 patients, and 752 have died after taking the prescribed drug since 1997.[vi] From 2009-2013 in Washington, 547 prescriptions were written; 359 died after ingesting the drug.[vii] Consistently in both Oregon and Washington and for all years since legalization, the reasons cited by patients seeking physician-assisted suicide are loss of autonomy, decreasing ability to participate in activities that made life enjoyable and loss of dignity, in that order. Inadequate pain control or the fear of its inevitability comes in at sixth on the lists.
As of this writing, 26 states have introduced legislation in either 2014 or 2015 to legalize physician-assisted suicide.[viii] 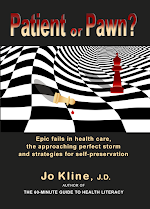 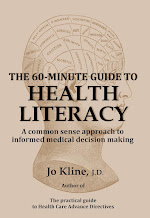 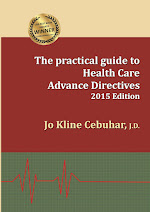 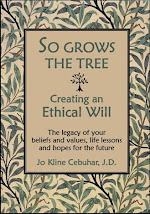